Will an Apple a Day Keep Charter Schools Away?

One of the specialty practice areas of Walter Duke + Partners is the valuation of educational facilities, particularly charter schools.

In fact, during the past five years, Walter Duke + Partners has completed over 300 valuation advisory assignments on educational facilities in the Florida market for a variety of local and national clients.

Some schools are constructed from the ground up while others are reflective of retrofitted former big box retail or warehouse buildings. Some are located in rural and suburban areas while others are situated in urban environments and feature vertical construction.

Who is the New Kid?

Charter Schools are a recent innovation in public education.

Charter Schools are waived from all state statutes except those involving civil rights and health, welfare and safety of students.

Charter schools are poised to become mainstream in many parts of the country.

According to a recent article in the Wall Street Journal, about 2.5 million or 5.1% of public school students were enrolled in charter schools in the 2013-2014 school year, up from 300,000 or 0.07% in 1999-2000. Nearly every major city has charters, challenging the traditional public-school model as parents increasingly send their children to these privately run but publicly funded institutions and politicians allocate more tax dollars.

In fact, charter schools appear to have bipartisan support.

The Education Department of the current administration on September 28th announced $157 million in grants to create and expand charter schools, boosting to $3 Billion the total amount it has awarded since 1995. 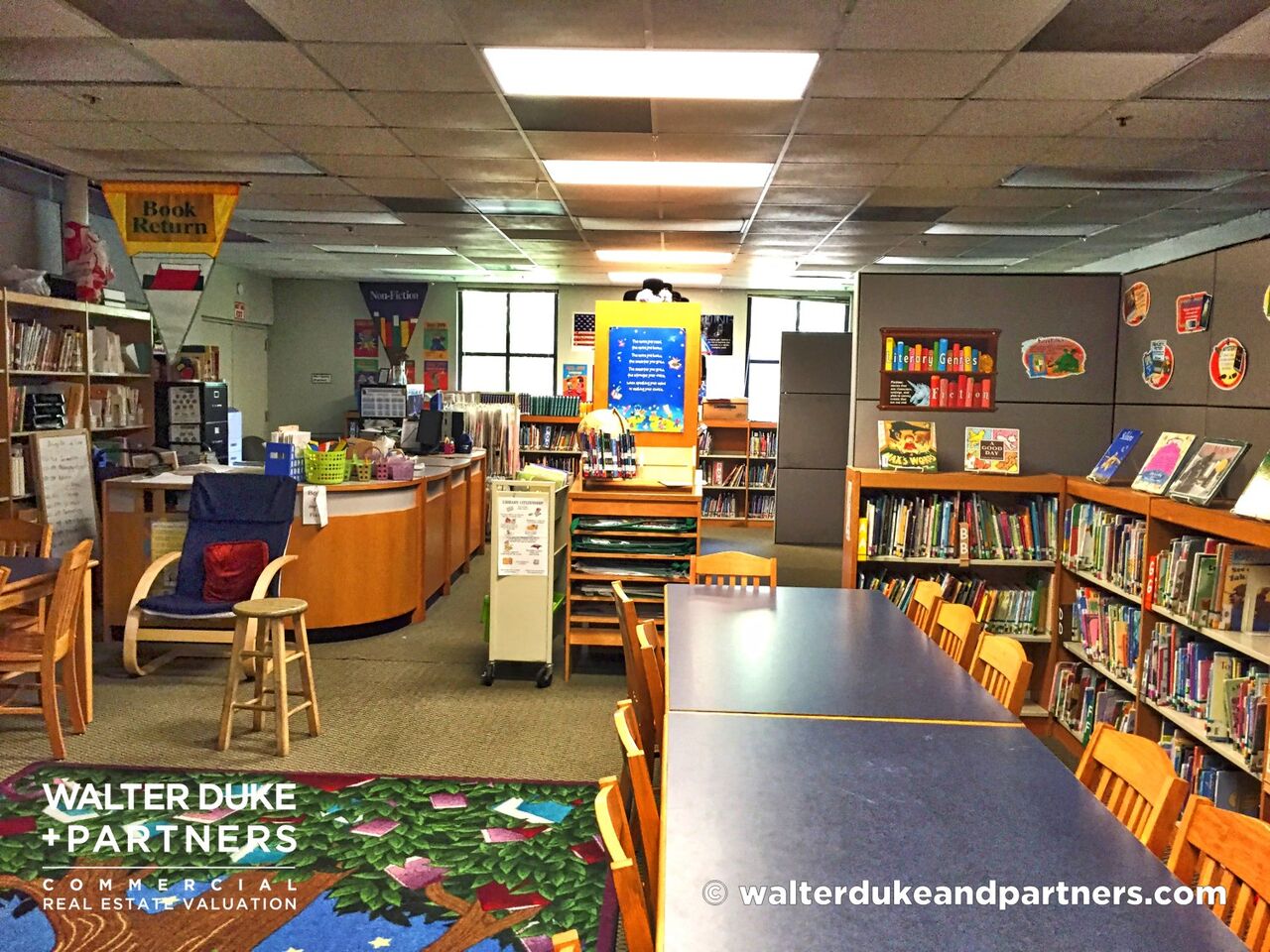 Charter schools are tuition-free public schools allowed to function with independent governing boards, created through an agreement or “charter” between the school and the local school board or a state university. This agreement gives the charter school a measure of expanded freedom relative to traditional public schools in return for a commitment to higher standards of accountability.

During the recently completed 2013-2014 school year, a total of 229,233 students were enrolled in 623 charter schools within Florida districts, representing 15% of the overall K-12 public student population, and ranking the state third in the nation in charter school enrollment. 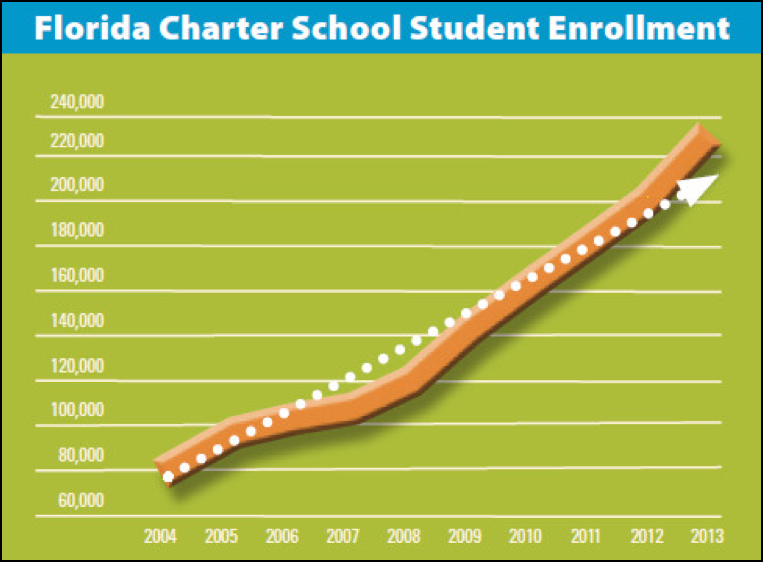 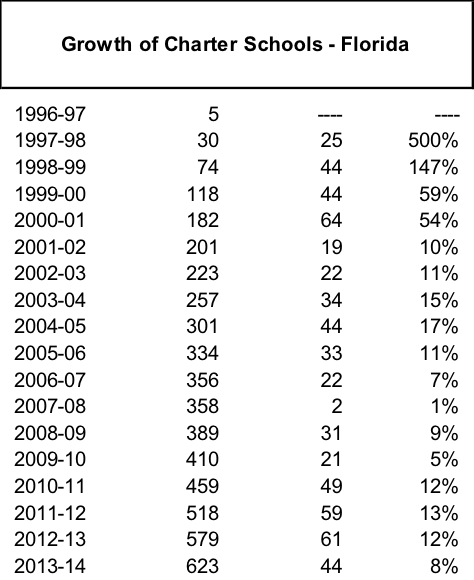 Not Everyone is Happy

Critics of charter schools often center complaints that charter schools draw more motivated families, leaving public school districts with fewer resources to educate the neediest students. Supporters argue that charters are a proven, good alternative for many children from disadvantaged families and underperforming public school districts. There are differences of opinion as well regarding the compensation and training of the teachers and faculty.

Not All is Rosey

Due primarily to financial reasons and mismanagement an increase in charter school closures has been noted over the last few years across the State of Florida. Private charter school operators receive public funds for every child they serve. When low enrollment or mismanagement cannot cover operating costs charter schools are forced to close. 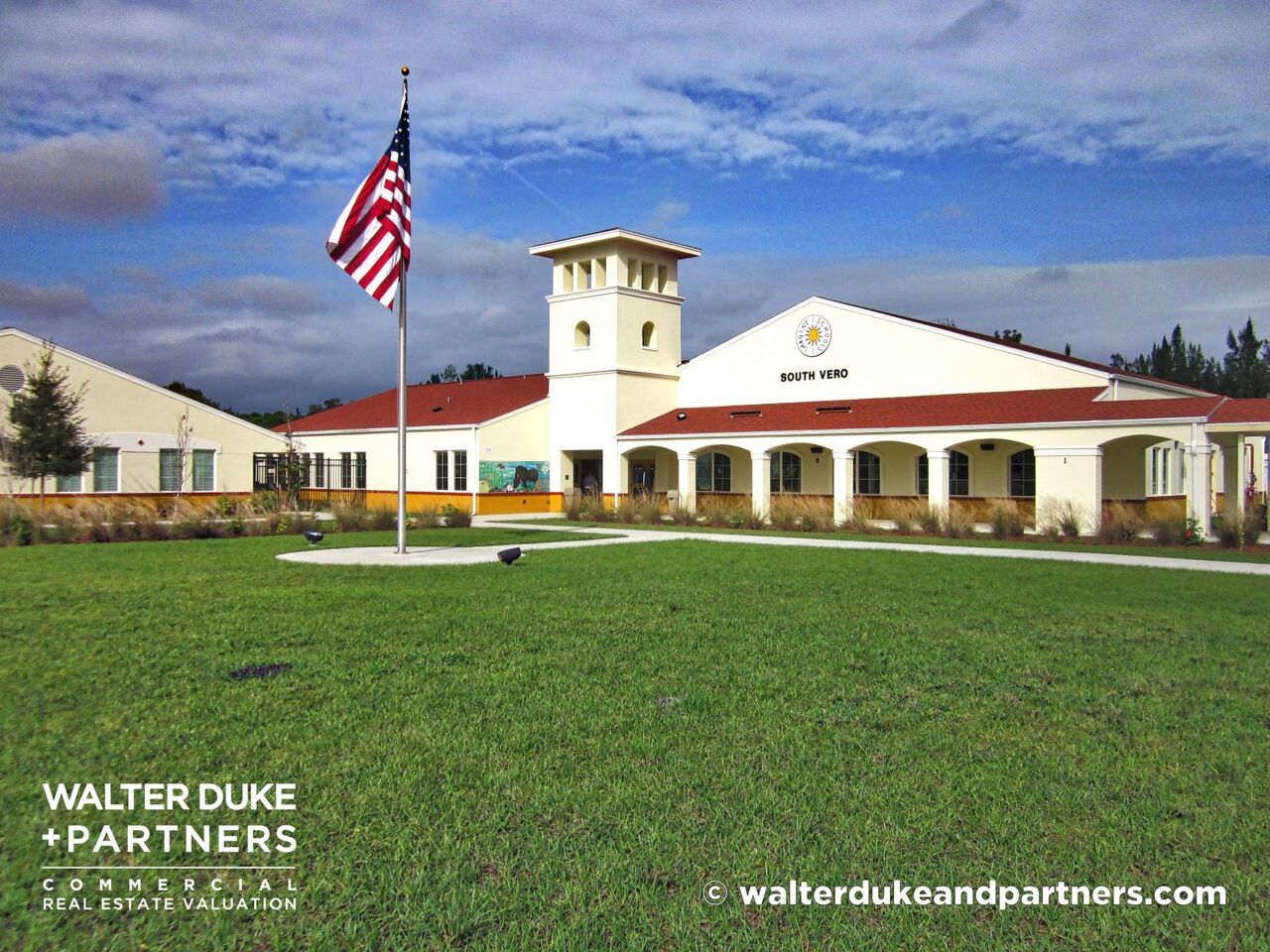 Looking to Spend Their Lunch Money

Overall, there is growing acceptance of charter school options in Florida. Parents seem to be flocking to these newer options but they are learning that they need to be careful in their selection.

Four Decades In The Making

Walter Duke + Partners is a full service commercial real estate advisory firm who has been helping clients make the right decision in the Florida market for over 40 years.

We’re routinely ranked alongside the finest national firms and proud to help our clients, including people just like you, make highly informed critical decisions.

Making the right financial decisions concerning your commercial real estate can make or break you.

What you don't know can hurt your business, employees and bottom line. Don't waste time with trial and error on critical research when expert advice is merely a call or click away.

It’s part of what makes us different. We encourage you to support your local pet shelters and adopt a rescue animal.